Before Halloween became popular in Spain, people prepared sweets to celebrate Dia de Todos los Santos on the 1 November. Popular dishes included creepy huesos de santos, made from marzipan and filled with sweetened egg yolk, which look all too similar to their namesake, and buñuelos de viento, sweet fried doughnuts. Today, Halloween is celebrated throughout Spain, but there’s something to be said for making classic dishes as part of your holiday traditions!

Our version of buñuelos includes a classic autumn ingredient – pumpkin. The addition of pureed pumpkin gives the doughnuts a beautiful orange tone and a sweet earthy flavour. These are best eaten straight from the pan, so get stuck in straight away!

a pinch of salt 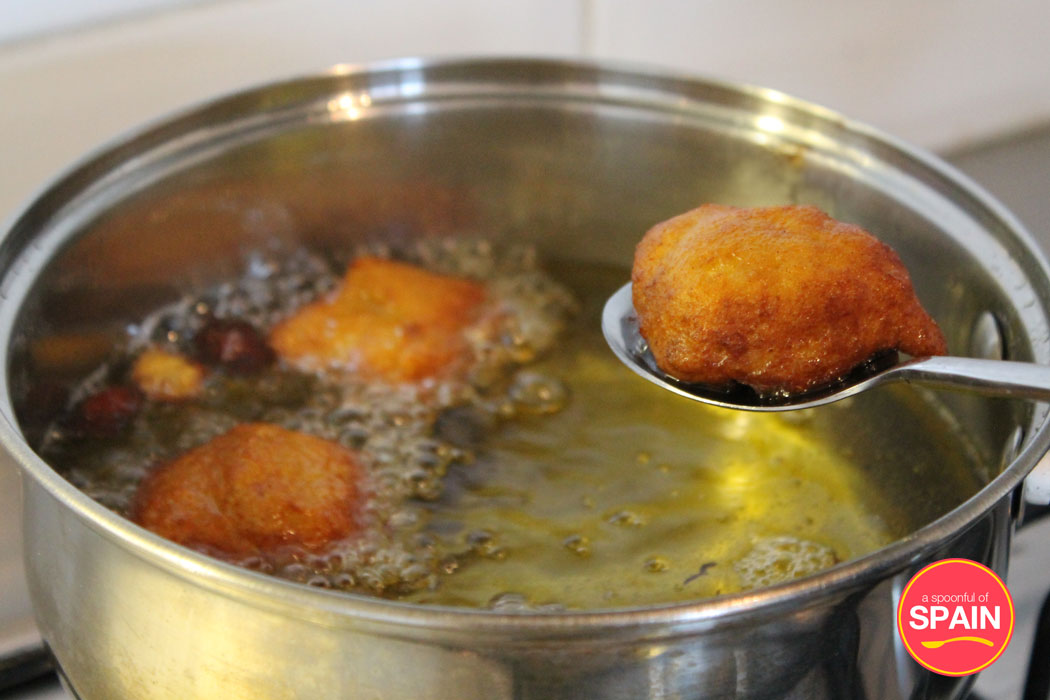