Semana Santa (the week leading up to Easter) calls for one of my all-time-favourite Spanish desserts – torrijas. These cinnamon-dusted mini bites of French (or Spanish!) toast are drenched with lemon and vanilla infused milk before frying, leaving them soft and juicy inside.

Torrijas are usually served as a dessert or snack, rather than a breakfast item, but they are so tasty and easy to make that you may find yourself whipping up a batch of torrijas several times a day! It is Easter, after all, and in a toss-up between a cheap chocolate egg and a torrija, I know who’s coming out on top! Serve with a glass of dessert wine or port (some people even infuse their torrijas with sweet wine for an added kick!)

What is your favourite Easter dessert? Would you prefer a chocolate egg or a torrija? Let us know in the comments below! 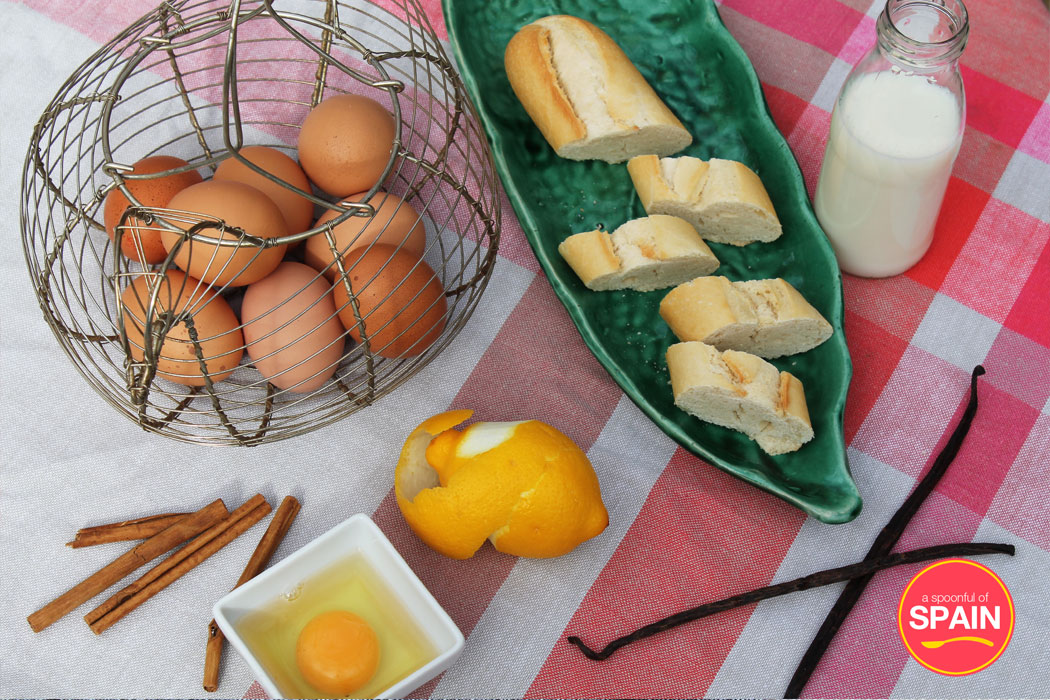 the peel of 1/2 lemon in one piece

ground cinnamon and sugar for sprinkling